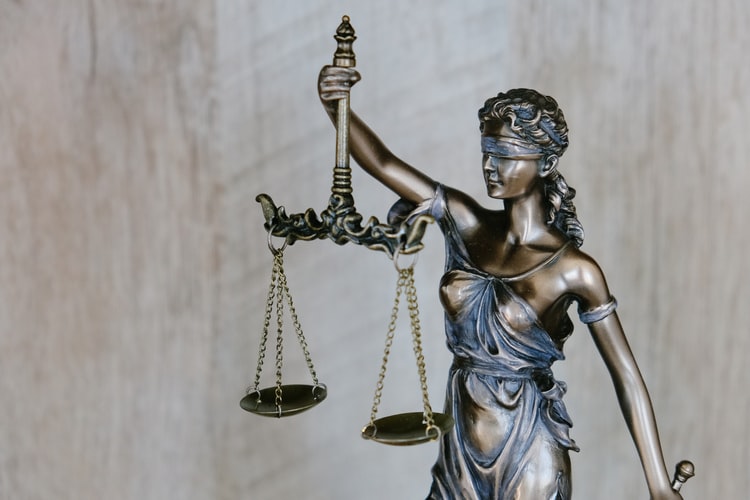 1: Discuss the role of the jury in criminal cases within the English legal system

In criminal cases, 12 individuals are unsystematically selected to perform the civil duty of jury service. The main use of a jury is “in the Crown Court, where it decides whether the defendant is guilty or not guilty”[1] by using the evidential facts presented to them in court to make a satisfied decision beyond reasonable doubt.

Despite the initial selection of the jury being random, there are specific requirements that ensure an individual’s eligibility or disqualification from jury service.
According to the Juries Act 1974, every person is eligible for jury service if “he/she is for the time being registered as a parliamentary or local government elector and aged 17-75” and if “he/she has been a ordinarily resident in the United Kingdom, the Chanel Island or the Isle of Man for any period of at least 5 years since they were 13 years”. [2]
In the Juries Act 1974, a person can be disqualified from the jury if they were “mentally disordered (do not have the mental capacity to serve as a jury)”, a person can also be “disqualified for 10 years if they were imprisoned” or given a “community sentence”. A person can also be “disqualified for life if you have been imprisonment for; more than 5 years, for public protection or life imprisonment or equivalent”.[3]
If an individual has received a court order to attend as a jury member, they must inform the courts of their previous convictions or the fact that they are disqualified, failure to do so may result in a £5,000 fine.

Individuals can also be excused from being a juror under the Juries Act 1974 if they are either “too ill to attend, a mother of a small baby, have a business appointment that cannot be attended by someone else, exams and pre-booked holidays”.[4] However, due to the vagueness of the criteria, it excludes fathers of small babies and there is no further explanation of the severity of a person’s illness is, in order to be excused.

As well as excusals, under the Juries Act 1974, “a judge has the power to dismiss a juror when there is doubt as to; their capacity to act effectively as a juror.”[5] This is a controversial statue as in the case of Re Osman (Practice Note)[6] the judge dismissed a deaf man since he would require an interpreter resulting in the jury have 13 members rather than just 12. The judge also added that when witnesses gave their statements and evidence, the deaf man would be unable to identify their tone of voice and therefore be unable to effectively judge their credibility. Controversy is expressed as it excludes a man due to his disability, which suggests a failed acknowledgement of disabled people within society.

The main role of the jury is to collectively come to a verdict on whether the defendant is guilty or not. In cases with a jury, the judge’s role is to oversee the hearing by reminding the jury of their legal role within the court whilst, providing them with guidance. The judge must respect the independence of the jury and therefore cannot prosecute the jurors for their verdict.

On average, a jury deliberation takes 2 hours to reach either a unanimous or majority verdict. Majority verdicts have different acceptance rates depending on the number of jurors in the sitting. With 12 jurors, a majority of 10:2 and 11:1 would be accepted whilst with 9 jurors, all jurors would have to agree on a verdict. The deliberation of verdicts is done in secrecy, which can be disadvantageous as it is unclear whether the jury have correctly understood the information presented to them.

Under the Criminal Justice & Courts Act 2015, it is considered an act of jury misconduct to research a case including “visiting or asking others or conducting experiments”[7] and “sharing any unlawful research”[8] with other members of the jury. In Attorney General v Fraill and Seward,[9] Fraill, a member of the jury contacted the defendant in an attempt to emphasise with her; she then shared the information with the other jurors. Fraill was sentenced to immediate custody for 8 months for being guilty of jury misconduct.

The use of a jury has both advantages and disadvantages. Advantages of using a jury, allows public participation, which instils confidence that members of society are involved in the legal system. Jury equity means that juries make decisions purely based on the evidence presented before them. Juries do not have to provide a reason for their verdict preventing any misinterpretation.
Disadvantages of the jury system are the susceptibility of jurors to the counsel as their judgement can be easily misled. Constructing a jury is time consuming and expensive and since the jury is selected through a random process, there are chances that there may not be a juror of the same race, age or gender as the defendant leading to possible discriminatory verdicts.

In conclusion, although it has various disadvantages, the jury is a key aspect of the Crown Court as it represents society’s involvement in the English Legal System and provides an unbiased method in deciding the verdict of a defendant.

2: Discuss the Uber v Aslam [2018] EWCA Civ 2748 and how it has progressed from the Employment Tribunal to the Supreme Court.

Employment law governs the relationship between employers and workers and what takes place in the workplace. The Uber v Aslam case follows Uber’s claim that their drivers are independent workers whilst the claimants argued that they were employees. The case transcends from the ET to the EAT and finally into the Court of Appeal, where in each trial, the decision affirmed that the drivers were employed as ‘workers’.

In the English Legal system, the Employment Tribunal (ET) is an “independent judicial body established to resolve disputes between employers and employees on employment rights.” (Acas.org.uk, 2019)[10] Unlike a court, Tribunals are less formal and allow employees to represent themselves without needing a qualified lawyer or solicitor. The role of the Employment Appeal Tribunal (EAT) is to hear the appeals from the ET if either party is unsatisfied with the decision of the ET.  The Court of Appeal is the highest court in England and only deals with appeal cases from other courts or tribunals.

Under the Employments Rights Act 1996, an employee is an “individual who has entered into works under a contract of employment” whilst a worker, is an “individual who has entered into or works under –(a) a contract of employment, or (b) any other contract”[11] which allow them to work personally or for another party. An employee would receive all forms of statutory protection in a workplace whilst a worker would only receive basic statutory protection such as, minimum wage, working time, discrimination and whistleblowing. However, an independent contractor would be classified as an individual who enters a contract of service rather than employment. Independent contractors receive no statutory protection and would be expected to look after themselves whilst working. In Uber v Aslam,[12] the ET concluded that “each of the drivers was working for ULL as a ‘worker’” since the contract still fell within s.230(3)(b) despite the use of self-employment language. In my opinion, this analysis of the case would impact employment contracts and their written contents to ensure that the correct status of employment is formally expressed to prevent misunderstandings between the employers and their employees. The ET’s decision was further supported with evidence of previous public statements from Uber claiming the organisation’s status as a transportation business and their employment of drivers to that extent.

The Employment Rights Act 1996 requires employers to provide their employees with a written documentation, detailing all elements of their employment within 8 weeks. Contracts of employment must include “names of employers/employees, job title, date employment began, terms and conditions regarding pay, hours of work, holiday entitlements”. According to the statue, a separate document on “sickness payments, pension entitlements and notice”[13] and details of any collective agreement and where they can be found, must be provided. In Uber v Aslam[14], the ET held that the “supposed contract between driver and passenger was a pure fiction” since the “passengers had no contract to compel the driver to pick them up” and the point of accepting the request was with ULL rather than the individual driver. This was further supported by the fare payment being made directly by the passenger to UBV, who paid the drivers weekly. UBV then generated an invoice to the passenger, without including the passenger’s full name or contact details. This lack of appropriate information supports the decision that no valid contract had been made between the passenger and the driver.

In a contract of employment, there are various implied rights and duties both parties must adhere to. An employer is obligated to pay wages, provide work and support and follow a duty of care. In turn, employees have a duty of co-operation and confidentiality; employees must show reasonable skills and a willingness to work. Both parties are expected to behave in a respectful and professional manner. In Uber v Aslam[15], the EAT affirmed the ET’s exploration of the relationship between the organisation and the drivers, in which the ET discovered that “ULL exerted a high degree of control over the drivers” following a ‘test of control’ within an employer and employee relationship which was further affirmed by the EAT. In relation to this case, the Court of Appeal referred to the Autoclenz Ltd v Belcher [16] case where in “employment context, the written documentation might not reflect the reality of the relationship” and that the parties agreement was determined after analysing various factoring circumstances. This influenced the Court of Appeal’s decision whereby the reality of the relationship between the drivers and the organisation did not accurately reflect the characterisation of the relationship within the written documentation, making the written and signed contract only a factor in the deciding circumstances.

In conclusion, the progression of the case allowed new evidence to be further analysed and used as justification for the decisions made in each trial. The EAT and the Court of Appeal agreed that the drivers were being treated as workers rather than independent contractors despite the reflection of the written documentation held. The decision of the drivers’ employment status being ‘workers’ allows an increase of the individuals’ statutory protection rights. In my opinion, I believe the decision was fair as it considered all evidence as well as the reality of the relationship between the drivers and Uber.